The work is situated in the congress room on the fifth floor of the CCO. The long narrow room with a height of over seven meters is used for congresses, parties and meetings, and opens up into a large rooftop terrace. It can be described as a glass cube: all walls but one are glassy. You can look into the congress room from the fifth and the sixth floors, as the height spans both floors.

trancelation consists of nine canvases placed on the wall segments between the glass panels on the north interior wall. The sizes of the canvases are related to the spatial conditions: one large canvas covers 376 x 680 cm and eight smaller pieces cover approximately 233 x 100 cm each. The glass panels above and below function as voids that open up a view of the interior of the building, the upper part of the atrium. The continuation of traces over the glass can only be imagined. The work is naturally present at any point in time, but it can’t be captured simultaneously, as due to the narrowness of the space the viewers can’t get a total view. They need to move along the piece, remembering the parts they have seen and assembling the whole in their minds. So, again, the recipient performs a space-time action. In leave a trace the movement of the viewer originated traces on the screen; in trancelation, the movement of the viewer originates traces of internal memory.

A day that never happened

The work is invisible to the visitor until he or she is actually inside the space and turns around. Having crossed the atrium with leave a trace, the installation may now appear like a small gadget or microscope that captures live events, which, in trancelation, are enlarged for further investigation. The lines on the canvases seem to be a print of traces left on a certain day. But in fact the raw data have been strongly modified so as to allow for deviations in the vertical architecture structure, as well as to make the fragmented pieces work as a narrative, with each fragment containing a different episode.

trancelation stands for the lost and excluded data, the void, the unmeasured and uncaptured gap between reality and data. Translated traces, modified, manipulated, new ones integrated, timing modified, composed movements that never occurred in this constellation. A day that never happened; standing for days that happened. 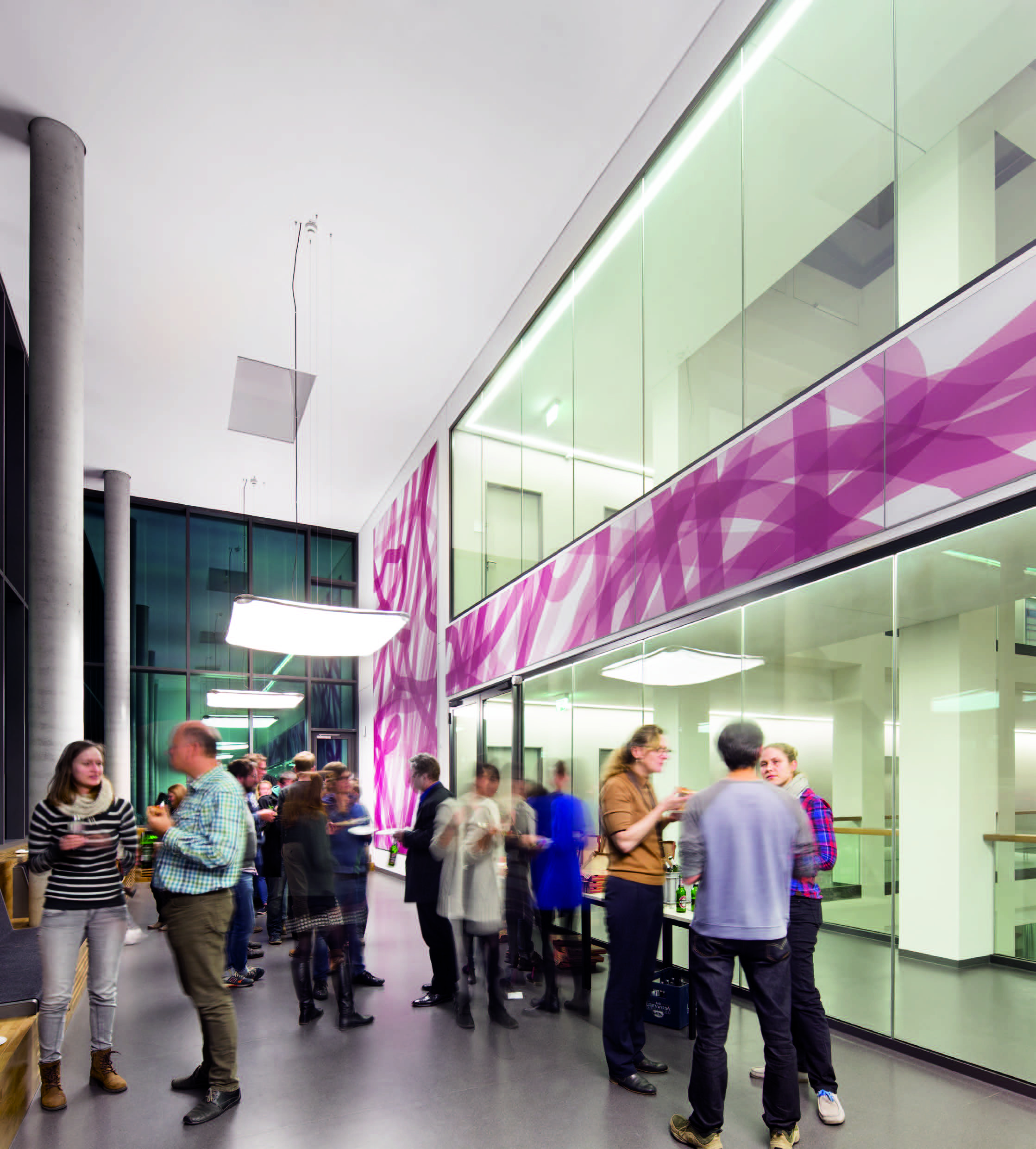 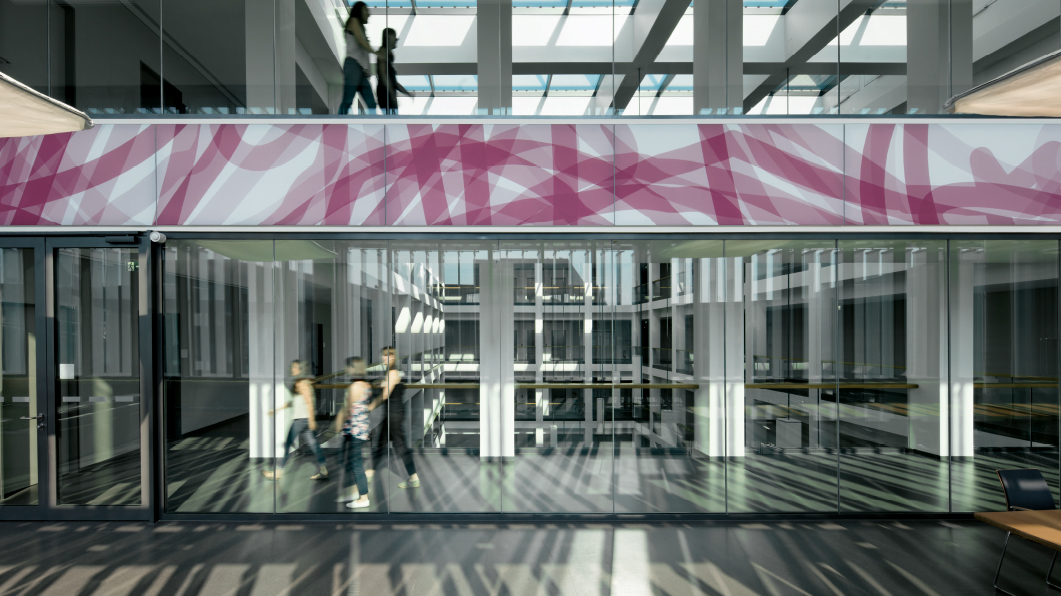 The wall opposing trancelation is the southern glass front to the exterior and opens up a view over Berlin. This façade has a construction of blinds whose position is automatically regulated and casts changing patterns of light and shadow onto the canvases. These changes, sometimes quick and unpredictable, make the actual printed color composition and coloristic changes hard to distinguish. On a sunny but unsettled day this leads to a lively changeover of chromatic intensities. 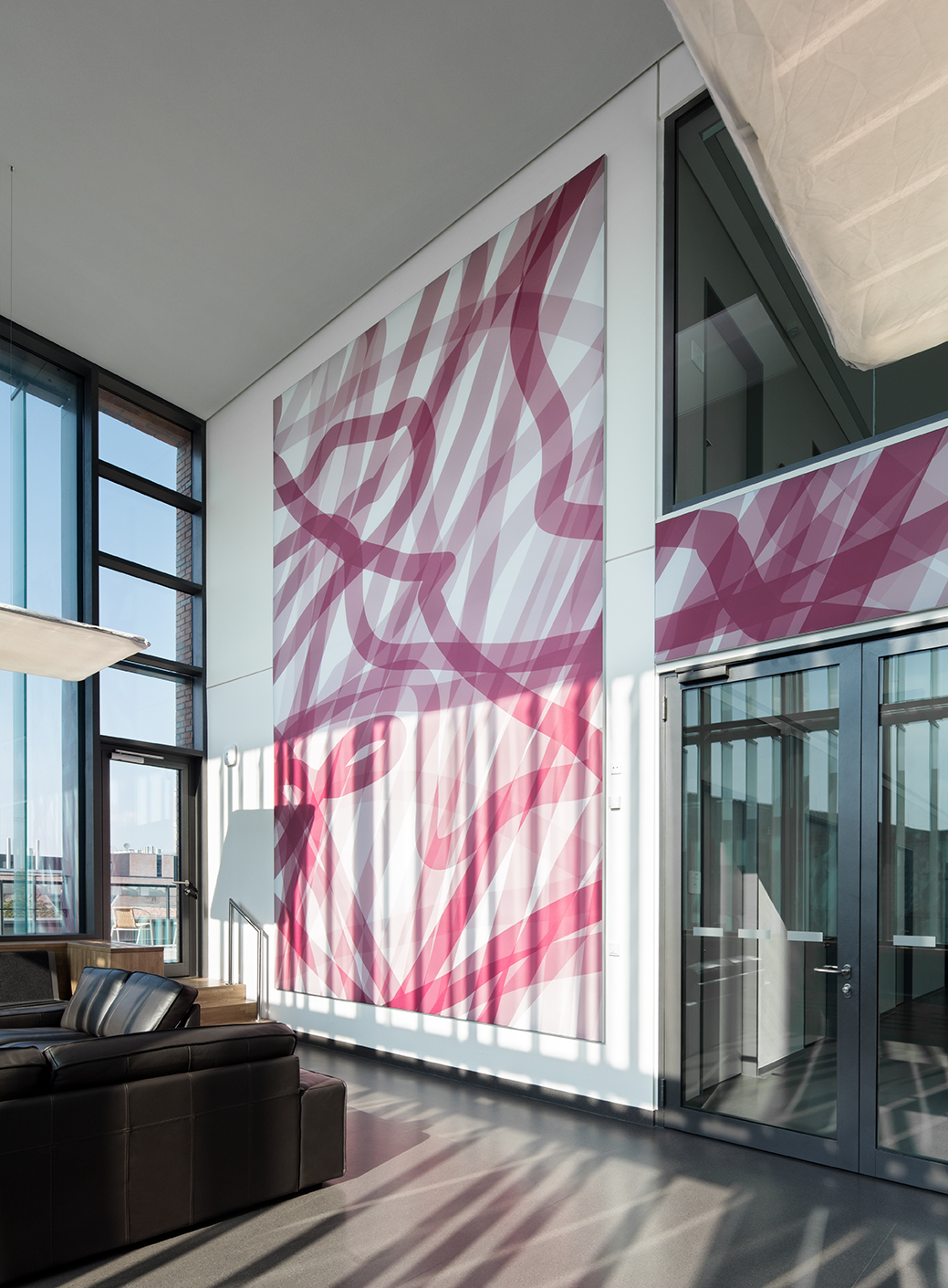 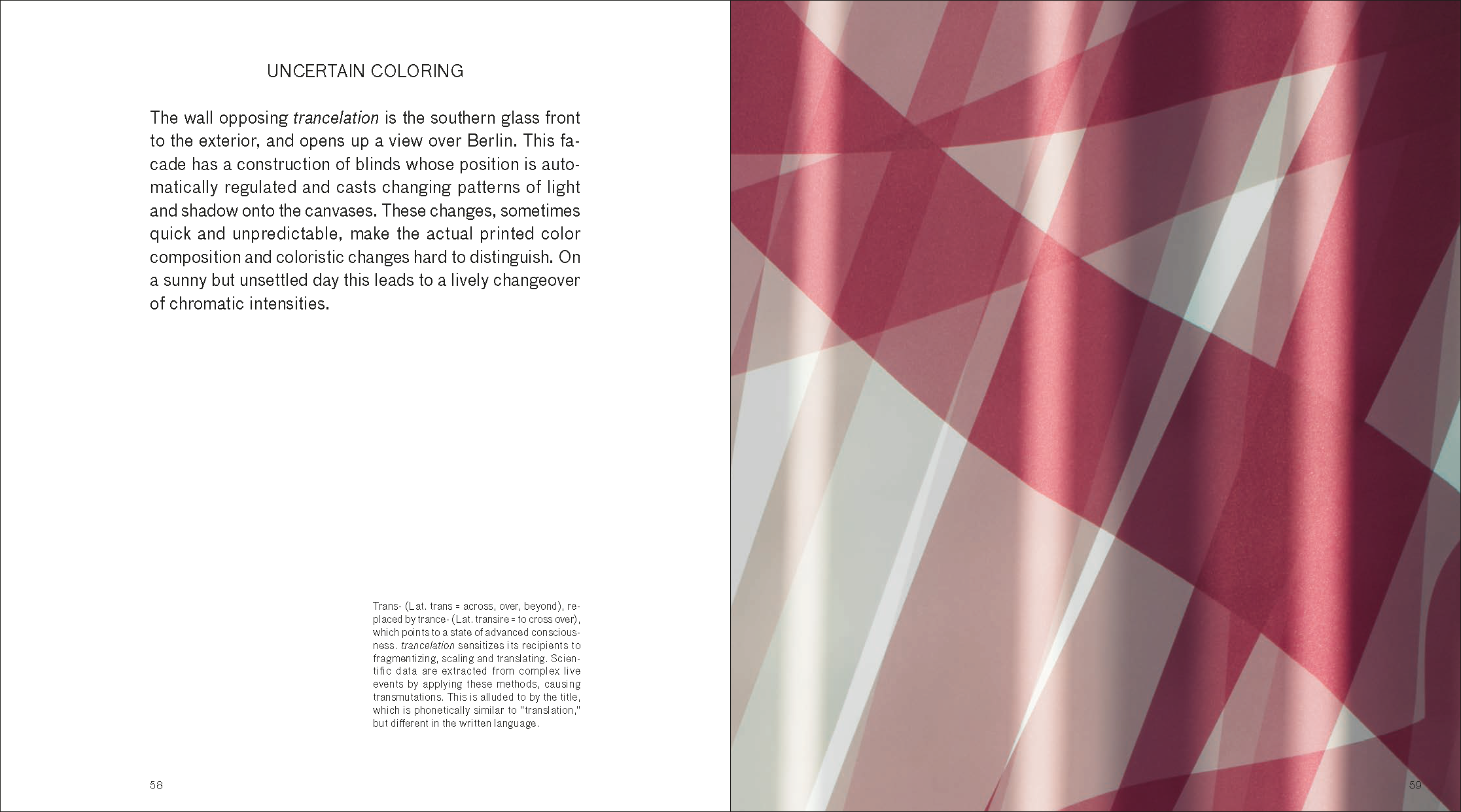