“I am not walking around with a snail shell, but with a molecular biology laboratory.” (Ada Lovelace, Nov. 1844) 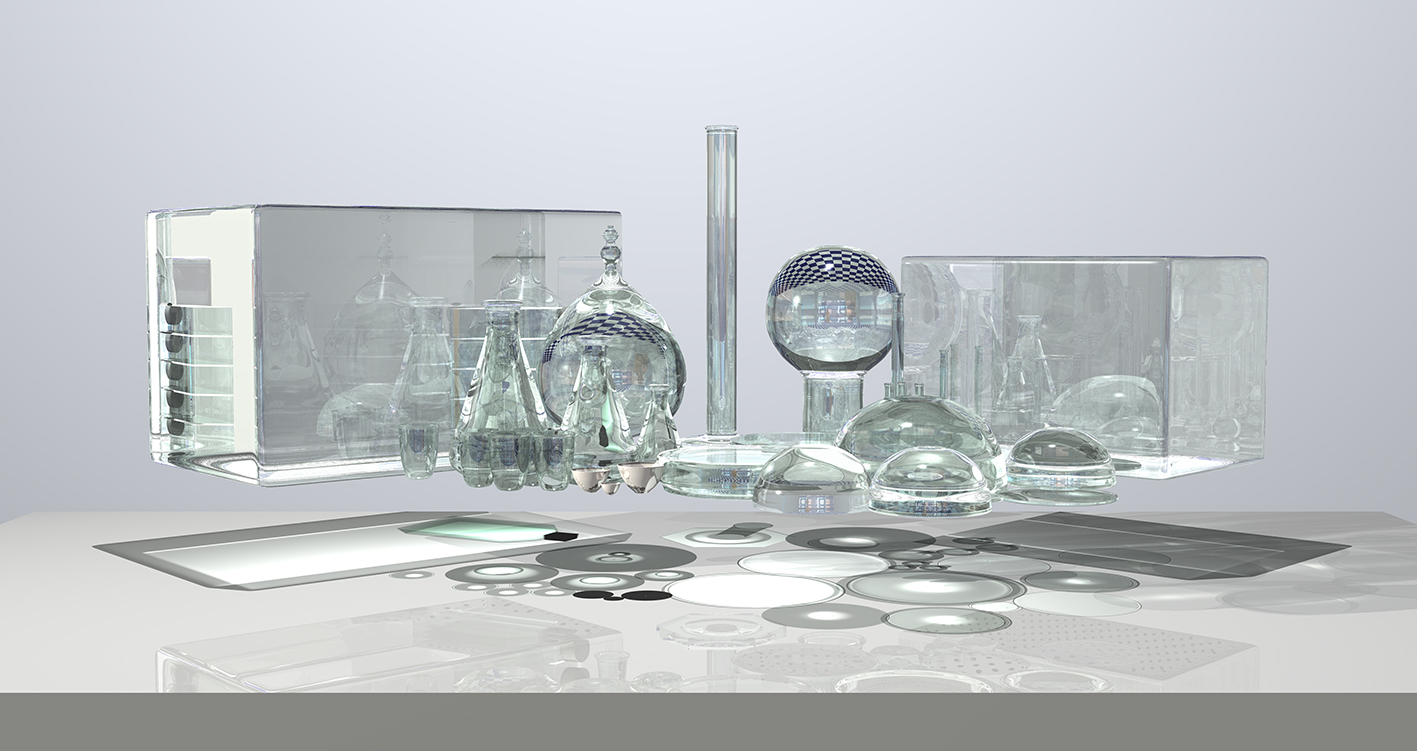 The project translate2020 consists of an artistic production preceded by conversations with scientists as an initializing factor. From the initially scientific, computer-technological and -critical approaches, questions with visibly sociological and political contents arise. From a conceptually defined work structure, a questioning of the structures underlying an artistic activity develops.

Inspired by the conversation with Prof. Bärbel Mertsching (see pdf), I became interested in another woman in the history of computer technology: Ada Lovelace.
Ada Lovelace, daughter of Annabella (mathematician) and Lord Byron and one of them developed a model for a computer with Charles Babbage around 1850. She took over the field of programming, while Charles Babbage was concerned with the technical implementation (hardware) of his plans. Since precision mechanics was not yet sophisticated enough at the time to warrant the construction of a functioning computer, Babbage’s and Lovelace’s plans and designs remained unrealized. It took about 100 years to discover that the Babbage-Lovelace machine was actually functional and could be considered the first concept for a computer.
“dreamachine” was created for Ada Lovelace. The work consists of an installation (laboratory table with 45 glass containers), various simulations and an animation. For the simulations I built a laboratory with table, window, open door, workstation from molecular biology, ceiling, floor, walls, light sources and camera (viewer’s point of view). Ada Lovelace is present in the scene – as a still from the film: “Ada” by Lyn Hershman Leeson – and is located to the left of the door. The floor features the Ada check. The entire spatial situation is revealed only through the reflections in the laboratory glasses floating above the tabletop. The glass bodies function as projection bodies, are themselves empty, are partially upside down, and provide proverbial pretexts for the reflections of the surroundings, which vary with each vessel. Far from being merely passive objects, they distort and invert the situation – and yet are the only clues to derive the trappings. They are stripped of their gravity as if by magic. In the animation, the viewer perceives a barely perceptible, changeable trembling, clanking and quaking upon closer inspection. 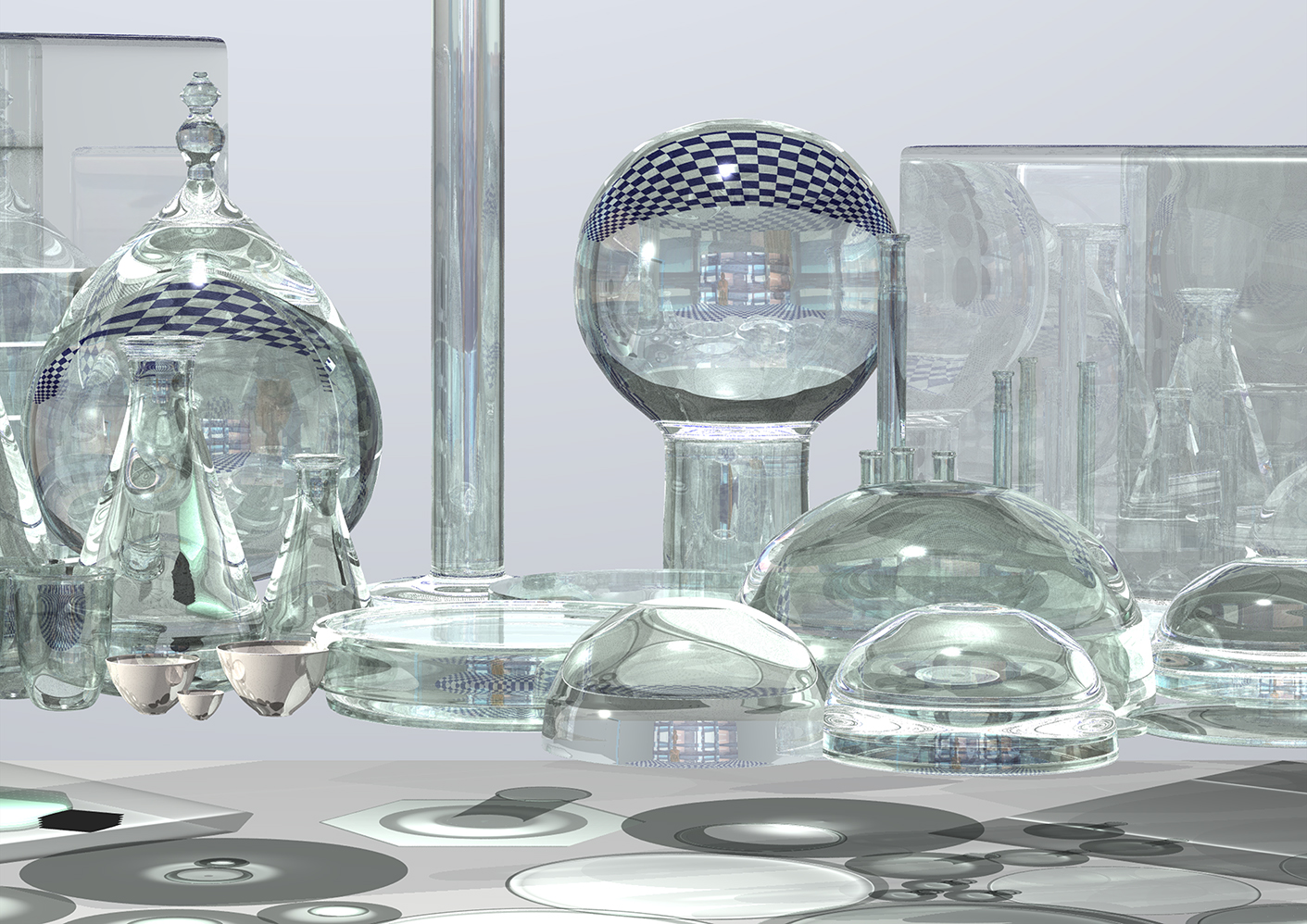 “He unbuttoned his skirt, put his hands in his trouser pockets, and brought out his vest, woven in a mosaic of tiny blue and white squares. Ada check was what the tailors called the fabric, because Lady Ada had created the pattern by programming a Jaquard loom to weave pure algebra using a punch card.” (William Gibson & Bruce Sterlin, The Difference Machine) 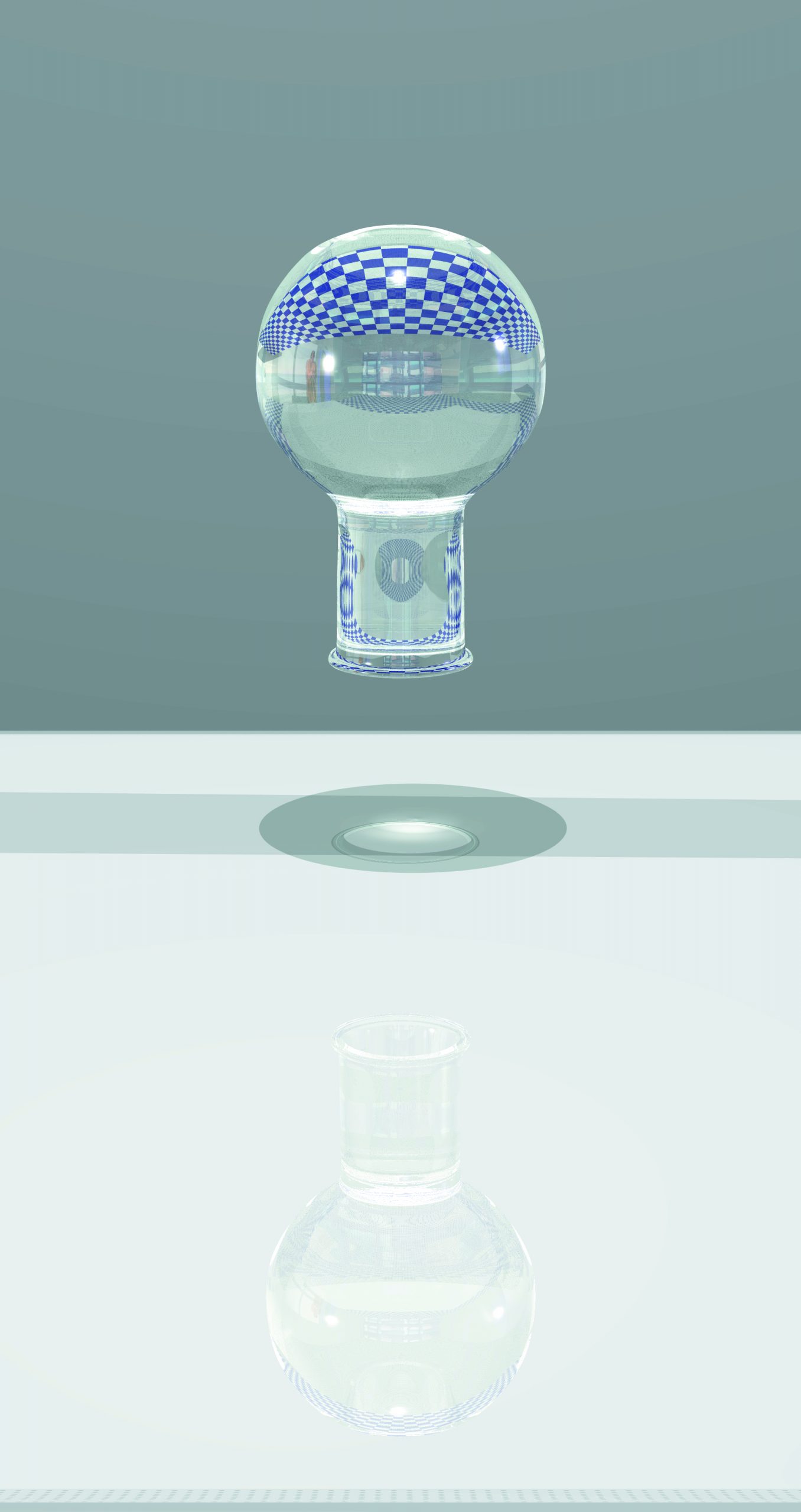 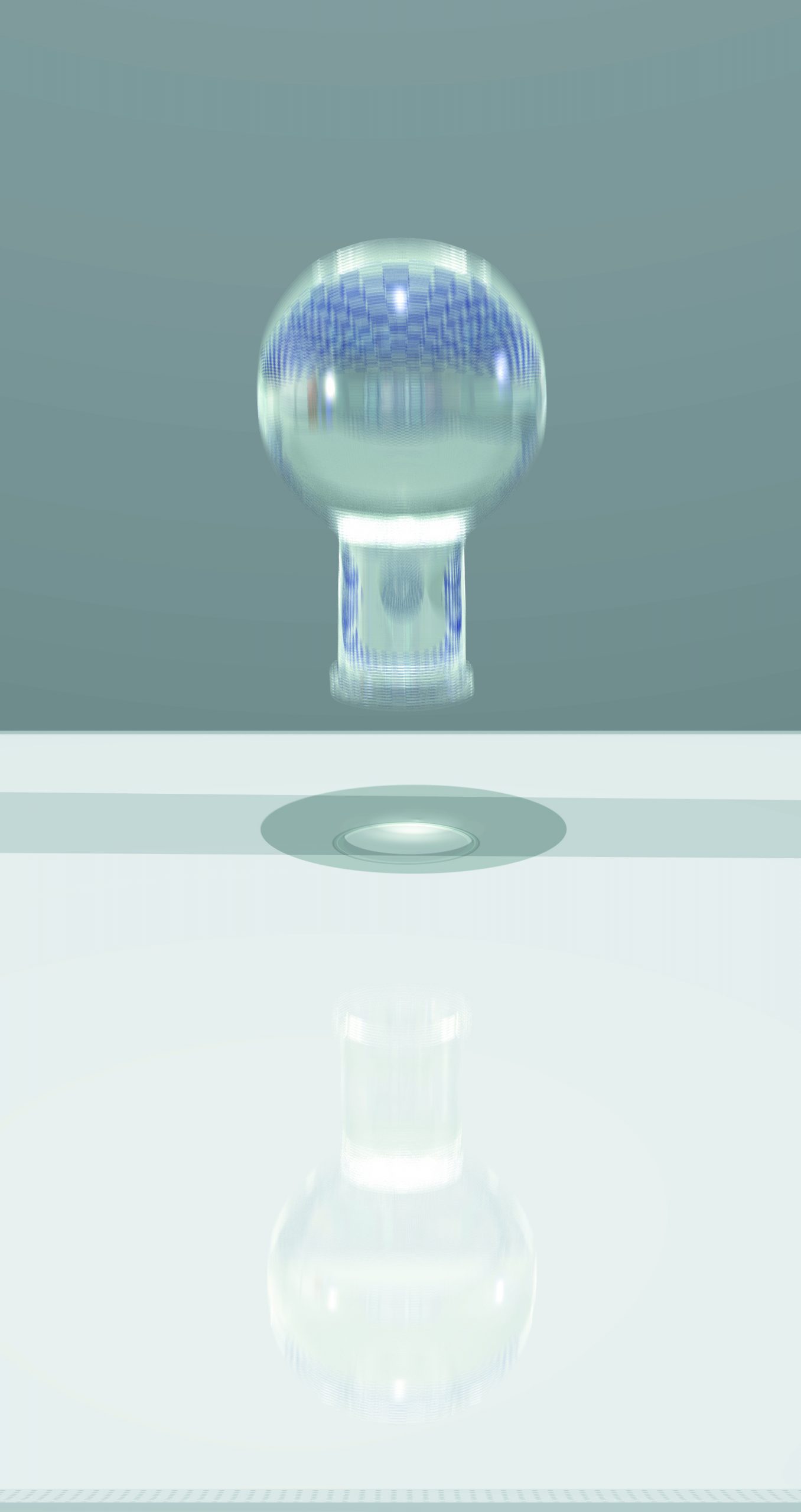 “The perfection of attempts to represent the world, to build models of reality while leaving it unchanged, tips over into a new, unintended exercise: the replication of the processes from which the things once represented emerged. Components are now added to the world, it is changed by their engineering. This tendency thwarts the old distinctions between art and science, and between the user and the used. From digital imagery to microbiology, reality is no longer explored by creative artists and objective scientists, but by engineers who are now making the world they once worked on more complex and diverse, indeed multiplying it.” (Saddie Plant, zeros and ones) 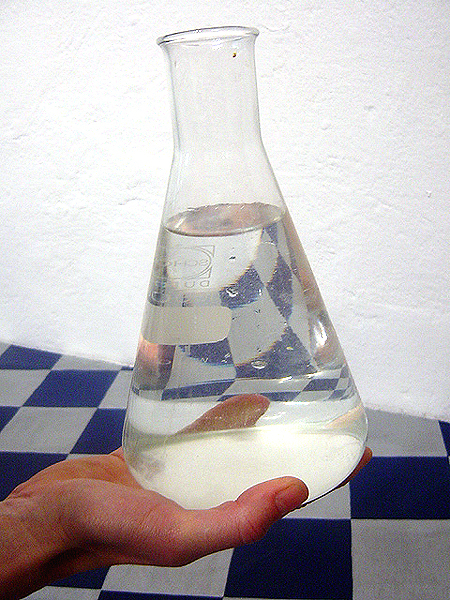 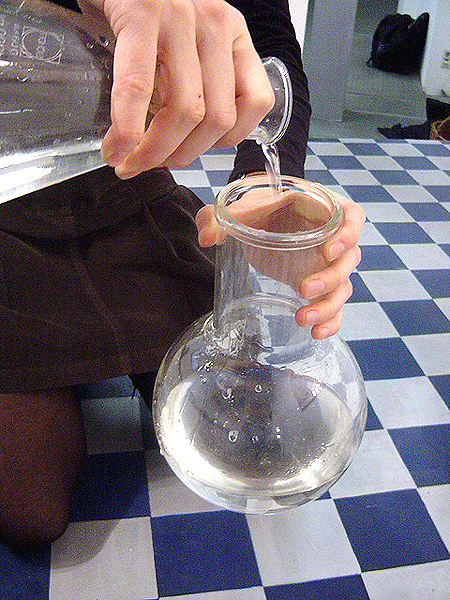 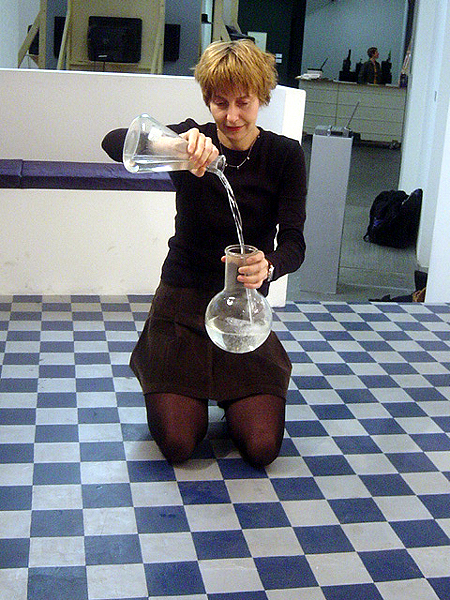 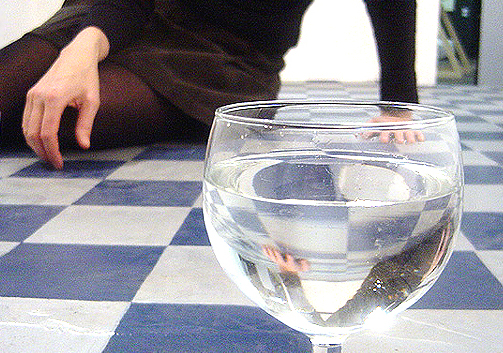