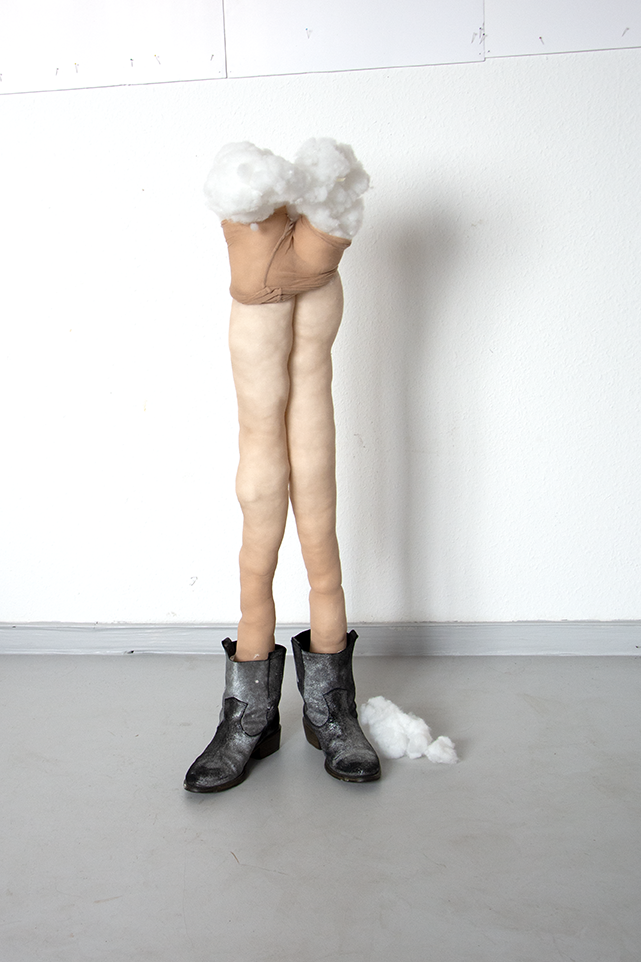 “The consideration of the bodily edges and contours is therefore of particular interest, because here the mechanisms are inscribed that are supposed to decide about so-called inner and outer worlds. This ritual of separation of inside and outside, body and space established by a (skin-thin) boundary is based, as will be shown, on a neat system of order that considers permeabilities as contaminating. … Having body boundaries becomes a sign of having a self. The body and its boundaries are thus formed through exchange and contact with others and correspond to a ‘mental mapping’. In this sense, the subject does not have a body, but it is given one, which it gradually learns to imagine as a container and object separated from the spatial context. Through this imaginary anatomy, a subject positions itself to the outside/space.”

“If the distortion left no traces in its result, it would namely succeed in the complete constitution of a new meaning. But we are concerned here with a constitutive distortion. That means, that we set an original meaning at the same time (because it is the precondition for every distortion) as well as withdraw it (because the distortion is a constitutive one). In this case, there is a logical possibility of bringing these two apparently antinomic dimensions together only if the original meaning is illusory and the distortion operation consists precisely in the production of this illusion – that is, in projecting onto something fundamentally split the illusion of a fullness and self-transparency which it lacks at the moment.”